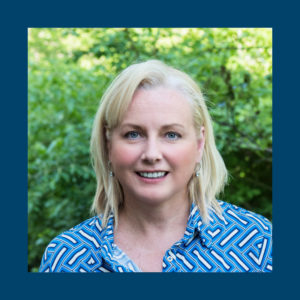 Gabriel Group is proud to name Janet Leigh as its Director of Business Development.

Janet comes from the St. Louis Region Missouri Chamber of Commerce where she focused on building relationships with local corporate business leaders and CEOs to increase and retain membership. She has also worked as the Director of Development & Special Events for Nurses for Newborns. There, Janet specialized in increasing donors, executing direct mail and digital fundraising campaigns and overseeing all charity events. In addition, Janet also held multiple sales management and business development positions at Carson-Dellosa Publishing early in her career.

“We are very excited for Janet to hit the ground running with us at Gabriel Group,” CEO Dave Hawkins says.

“Janet is not only personable and ambitious, but she has the combined knowledge and experience of both the corporate and nonprofit sides of our business which I’m not sure we’ve had before. She is a truly great fit for us at GG and I have no doubt that she will be able to make a difference for both us and our clients as we continue to build relationships in the future.”

Janet graduated from St. Louis University where she played volleyball as a collegiate athlete. In 2011, she was inducted into the St. Louis University Athletic Hall of Fame for her accomplishments. When she isn’t in the office, Janet enjoys playing golf and tennis as well as spending time with her husband and two daughters.