Gabriel Group is proud to announce that its Alphabet Postcard Campaign was voted as the Most Irresistible Mailpiece by the attendees of the 2016 Printers & Mailers Conference.  The event was hosted by the Greater St. Louis Postal Customer Council (PCC) on June 16, 2016.

The PONY Award was presented by the United States Postal Service to a mailing distinguished by clear messaging, an attention-grabbing call to action, exciting design and the tie-in of a creative promotion. Five finalists were selected after the submission process and were then judged throughout the day of the conference.

The Alphabet Postcard Campaign was rooted in a previous series that Gabriel Group had executed nearly 20 years prior that was also extremely successful. Gabriel Group’s marketing team and fundraising sales group, together with copywriter Mary Lou Frank and graphic designer Susan Klein-Shelton, created the alphabet postcards as a targeted marketing campaign in an effort to generate leads. Each postcard featured a letter of the alphabet along with one correlating word as well as copy and imagery with the goal to share with recipients who Gabriel Group is, what Gabriel Group does and how Gabriel Group can help them. 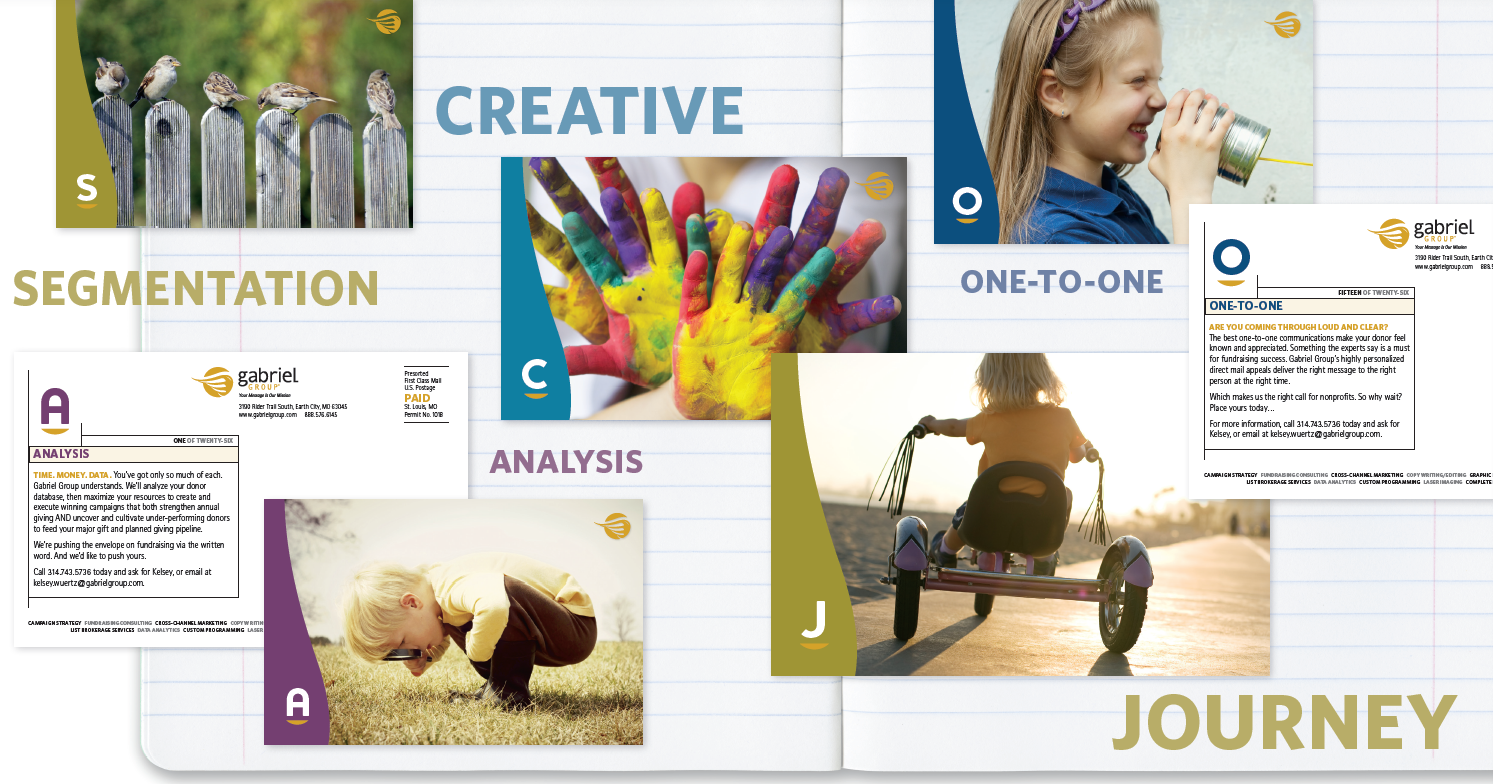 The series was sent to approximately 850 nonprofit prospects, the majority being food banks. The twenty-seven total postcards were sent out weekly over a six-month period, and to date, have produced 20 highly qualified leads that have resulted in the acquisition of five new clients. The newly acquired business is expected to bill a combined $650,000 in the first year, which accounts for a return on investment of over 3,500%.